SVA Property Auctions, Scotland’s independent property auction company, has sold 90% of the 19 lots offered at its February auction and raised over £2.2 million.

For client Telereal Trillium it was a particularly successful day in the auction room, resulting in the sale of two major properties under the hammer at £440,000 and £710,000.

Both of the Telereal Trillium lots were formerly occupied by the government’s Work and Pensions Department and both had previously been offered on the open market. Whilst offers had been received for the properties from potential buyers, the offers were conditional and had been rejected. Inside the auction room however, the interest was intense with bidding for the modern office space at Muslin Street, Bridgeton in Glasgow rapidly escalating to £710,000, well in excess of the guide price of £425,000 and subject to no conditions.

The other former Work and Pensions lot comprised a complex of government offices situated on the South Circular Road in Coatbridge, and this proved almost as popular as Muslin Street, eventually selling for £440,000, which was £65,000 more than the guide price.

Commenting on the Telereal Trillium sales Shaun Vigers, SVA Property Auctions Director and auctioneer said: “It was clear from the start of the auction that it was going to be a busy room and that the attendees had identified investment opportunities, had brought their cheque books and were there to do business. The bidding was very fierce for these two lots and given the history of the previous attempts at sales on the open market, I feel that the auction route was very much vindicated by the results that were achieved.”

“It was clear from the start of the auction that it was going to be a busy room and that the attendees had identified investment opportunities, had brought their cheque books and were there to do business“.

Scottish Water is a regular client in the auction room as the company continues to divest itself of redundant assets. And the February auction was no exception with seven Scottish Water lots sold under the hammer for a total of £133,000. The highlight was perhaps the Den of Ogil reservoir at Glenogil, near Kirriemuir, an extensive 34.14 acre site, situated in picturesque countryside to the south of the Angus glens, in an area recognized for excellent hillwalking, fishing, shooting and deer-stalking. The lot, which included fishing rights for the reservoir, sold under the hammer for £67,000, well towards the top end of what SVA Property Auctions had anticipated.

PricewaterhouseCoopers didn’t leave the auction empty handed either, with the hammer coming down on the final lot of the day at £390,000 for the third property in a portfolio of buildings and sites on Glasgow Road in Rutherglen. SVA Property Auctions had previously been successful in selling the first site via their November auction and were pleased to complete the job in the February auction, successfully concluding the sale of these properties for a total in excess of £1.1m following a protracted insolvency case.

SVA Property Auctions’ next auction is on Thursday 7th May, 2020 at The Marriott Hotel in Edinburgh at 2pm.

END_OF_DOCUMENT_TOKEN_TO_BE_REPLACED 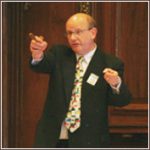 Based in the Edinburgh office and founder of the firm, Shaun has over 37 years experience of both the Scottish property scene and auction sales, having been involved with the re-introduction of this method of sale to the Scottish marketplace in 1984. Taking his first turn at the rostrum in 1994, he has now conducted circa 150 auctions.
We use cookies on our website to give you the most relevant experience by remembering your preferences and repeat visits. By clicking “Accept”, you consent to the use of ALL the cookies.
Cookie settingsACCEPT
Manage consent